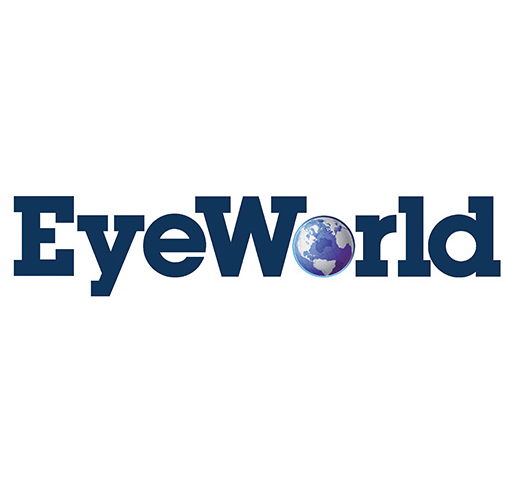 Editors’ note: Drs. Garg, Hirst, and Rapuano have no financial interests re- lated to their comments.

When performing cataract surgery, it’s im- portant to diagnose and treat any other con- ditions prior to performing surgery to en- sure the best outcome. Sumit “Sam” Garg, MD, vice chair of clinical ophthalmology and medical director, Gavin Herbert Eye Institute, Irvine, California, Lawrence Hirst, MD, the Australian Pterygium Centre, Brisbane, Aus- tralia, and Christopher Rapuano, MD, direc- tor of the cornea service, Wills Eye Hospital, Philadelphia, discussed some possible corne- al lumps and bumps that patients may pres- ent with, when to treat these conditions, and what technologies they use.

“There’s no simple answer of how to diagnose lumps and bumps on the cornea,” Dr. Hirst said. “But the cornea has a limited range of conditions that occur on the surface.”

Salzmann’s nodules, he said, are a common condition and degenerative change that can occur in older patients. Generally, these pa

tients may be asymptomatic, he said, and the nodules often occur in the pe- riphery. If they start to become more central and affect the vision, they can cause irregular astigmatism and visual distortion. If the Salzmann’s nodules are not in the central area, you don’t need to do anything with them, Dr. Hirst said. He recommends removal if the pa- tient clearly has some visual changes that can be related directly to the Sal- zmann’s nodules. The simplest way to remove these is to strip them off the cornea, he said. Dr. Hirst also discussed epithelial basement membrane dystro- phy (EBMD), which he said does not usually cause a discernable change in the surface contour of the eye in the deeper levels of the epithelium, but he said that occasionally it can be a precur- sor of erosive episodes on the surface of the eye and may cause some visual disturbance when in the visual axis.

He added that phototherapeutic kera- tectomy (PTK) is an option for every- thing except for dysplastic conditions. However, he said that he finds that Sal- zmann’s nodules are easily removed by mechanical means.

Dr. Garg said that he relies heavily on slit lamp exam, especially with the use of retro-illumination. He added that to- pography and tomography are also vi- tal. “Depending on the severity, I start with aggressive lubrication and offer su- perficial keratectomy (at the slit lamp),” he said. “I find that superficial keratec- tomy is generally effective at improving the ocular surface.”

you just look at the colors, this can blend in some of the abnormalities and may not show the whole picture.

Each diagnosis will be treated somewhat differently, depending on whether the phy- sician is dealing with EBMD, Salzmann’s nodules, or another condition.

There are many people with EBMD, Dr. Rapuano said. It’s a common condition, particularly as patients get older. If it’s not causing an irregularity in the tear film or on the topography, you could probably just follow it along and not treat it, he said. However, Dr. Rapuano noted that if it is causing negative staining, which can be seen on the slit lamp with fluorescein dye, then it’s probably affecting the vision and should be treated.

Dr. Rapuano recommended a debride- ment for significant EBMD. He added that if there’s significant basement membrane left once you take the epithelium off, you can do diamond burr polishing. PTK may be used in cases where there is also stro- mal haze or scarring, and he added that he uses mitomycin C at the time of PTK to reduce the risk of scarring.

In the case of Salzmann’s nodules, those can be mild as well, he said. These can be left alone if they’re in the periphery but should be treated if they seem to be affect the visual axis. Dr. Rapuano added that distortion of rings will show up as astig- matism, and he cautioned the importance of recognizing this in the overall treatment plan. If a physician sees this and doesn’t know what’s going on in cornea, they may treat the astigmatism, he said, and they could use a toric lens or other correction option. However, if the nodule is later treated, this would leave the patient with the initial astigmatism fix. It’s important to know whether you’re dealing with regular astigmatism or astigmatism that is sec- ondary to something else, he said.

Many people have a pterygium, and Dr. Rapuano said that if it is small, peripheral, hasn’t changed, and isn’t causing a problem for the patient, then cataract surgery can be done, and the pterygium can be dealt with later. However, if the pterygium is causing a lot of astigmatism or if the physician is considering the use of a toric lens, then it may be a good idea to treat the pterygium prior to cataract surgery.

If the pterygium is inducing astig- matism and the patient is inter- ested in decreasing that astig- matism/spectacle independence, Dr. Garg prefers to stage the pte- rygium and cataract surgeries. “I often wait several months in be- tween the two,” he said, until it’s possible to get stable, repeatable, and reliable measurements.

Currently, Dr. Hirst’s whole practice addresses pterygium only. “Most people are wary of removing pte- rygia because there’s a high risk of recurrence,” he said. It’s esti- mated that recurrence is between 5% to 15%, he added. However, Dr. Hirst will remove pterygium more frequently and even if they are small, as he has found that his preferred removal technique has a close to zero chance for recurrence (1/2500) and a near normal ap- pearance to the eye.

“In the context of cataract and re- fractive surgery, I believe signifi- cant pterygia must be removed first,” he said. “And I wouldn’t undertake

calculations for cataract and refractive pro- cedures for at least 3 or 4 months after re- moval of the pterygium.”

It’s important to wait an adequate amount of time after treating the corneal surface to en- sure accuracy of calculations. Dr. Rapuano said that he generally waits at least 6 weeks as that is usually how long it takes to get stable, re- producible K readings, but he also noted that this can depend on the patient. Some patients may heal slower than that, he said.

“Depending on the extent of the pathology and the desired refractive outcome, I will wait any- where between 1 to 2 months,” Dr. Garg said. “I like to wait for the surface to improve and for reliable (and repeatable) measurements.”

Dr. Garg uses both topography and tomog- raphy for these patients. “It is important to determine how much irregular astigmatism is present and whether the pathology is respon- sible for it,” he added. “This helps make the decision on whether to proceed with removal.” Dr. Garg uses several topographers, including the OPD III (Nidek, Fremont, California) and iTrace (Tracey Technologies, Houston).

He also routinely uses the Pentacam (Oculus, Arlington, Washington). Dr. Garg said he uses ORA (Alcon, Fort Worth, Texas) and noted that the accuracy really depends on how “clean” the removal is. “If there is a smooth corneal surface after removal, I find that the aberrom- etry is accurate,” he said.

Dr. Rapuano generally uses the slit lamp and corneal topography when deciding whether to remove a corneal lump or bump. He said he does not use intraoperative aberrometry and cautioned to make sure that the IOL calcula- tions are correct because some of these lumps or bumps may distort the aberrometry.