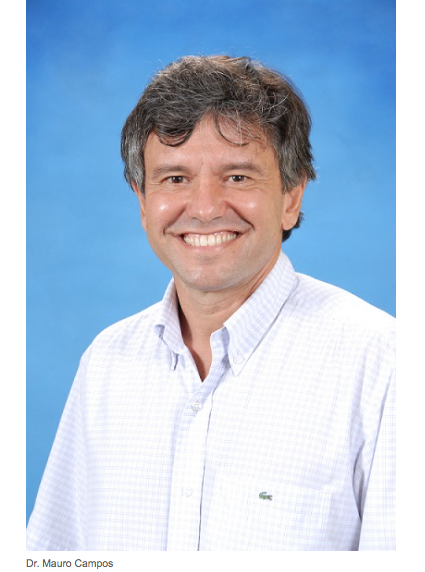 ¿How precise is IOL calculation
in RK-operated eyes?

Precise calculation of intra ocular lens power in eyes after radial keratotomy and other incisional refractive surgeries can be challenging. Different formulas are present in the literature. In general, formulas may consider patient clinical history and others that do not require past information such as the amount of previous refractive errors or the initial keratometry readings. In general, formulas used to calculate IOL power for refractive surgery include K´s values, axial length and a predicted lens positioning in the eye. As already known and accepted, axial length will not change after incisional refractive surgery. On the other hand, most of the authors agree that the nature of a refractive surprise after cataract extraction in these eyes is the measurement of the corneal power.

Since late 80´s, a history method is used by many surgeons and consider the initial k reading (keratometry) minus the variation on the refraction. For example, if the patient had a 44 X 44 D cornea, did RK for a -4 D, and ended being emetrope, the K´s to be used for IOL calculation would be 40D. If the patient is + 1D after the same RK, the K´s to be used would be 39D.

Many authors performed linear correlation analysis trying to estimate the amount of change on corneal power for each diopter of refractive modification. For incisional surgery, due to the common multifocal topographical appearance of the aplanation obtained (considering surgery for myopia), this correlation was around 0.7. Many regression formulas proposed in the past considered the linear correlation explained above. The difference on refractive change and topographical change was subtracted from the actual K´s.

The double K method proposed by Aramberri is probably one of the most often formula used today and takes into consideration pre and postoperative Ks in order to calculate effective lens position. Many programs, internet sites and devices have built in the double k method. A revision of the data published using this method shows more than 80% of the operated eyes in the range of 1D of the intended result.

Many variations have been proposed for the double K method. First, a pre K value of 43.8D can be used for calculations. This value is the average K of a normal adult population. Secondly, many variations of the postoperative K estimations can be found in the literature. The use of corneal mean power maps, the selection of an optical zone with a defined diameter (central 2 to central 8 mm), the use of different devices such as placido based, scheimpflug based or slit-scan based methods for K´s readings or even the use of a contact lenses of known curvature fitted on the operated cornea are cited as valuable methods.

Interestingly, most of the surgeons may agree that an average of different methods is of great value to increase the precision of the surgical plan.

The case described herein is the presentation of an unpredicted corneal behavior after phaco-based cataract extraction in a patient that underwent multiples corneal refractive procedures before lens extraction.

A 51-yo man first came to the office seeking refractive surgery for the correction of hyperopia and presbyopia after RK. The patient reported about -4 D that required multiple incisional procedures for correction. Figure 1 shows slit-lamp image of the patient revealing at least 20 corneal incisions in both eyes. No epithelial plugs were noticed and the central corneas were clear. Manifest refraction disclosed + 4.0 D with less than 1 D of cylinder in both eyes, best corrected visual acuity of 20/20. Despite the large number of incisions, topography were typical of an RK myopic procedure, a star like applanation of the central cornea. Central corneal thickness was 550 microns. Fundus examination unremarkable. IOP was 19 mmHg. After two examinations in different times of the day, the patient was scheduled for PRK and mitomycin. For 3 years, the patient had a refraction between plano and -0.75D in both eyes and good satisfaction with the result. After this period, the patient presented complains of vision disturbance, mainly near vision disability. Due to the presence of cortical cataract and the high number of corneal procedures, the patient underwent phaco extraction of the lens and implantation of an accommodative IOL in both eyes (Figure 2). The IOLs power calculation method used was the mean K in the 2.5mm central cornea using a slit-scanning device. IOLMaster was used for AL and the SRK-T formula adopted.

During the first month after the operation, the patient mentioned an outstanding near vision but decreased distance vision. Refraction was – 2.0 in RE and -2.5 in LE. Less than 0.75 cylinder was found on refraction.

Interestingly, placido corneal maps obtained from this patient presented a steepening of at least 1.75 D in both eyes (Figures 3 and 4). After meticulous examination and discussion with other staff doctors, the factor considered for this change on corneal power was the IOP. After phaco, measured IOP in this patient dropped to 12 mmHg. The hypothesis formulated for this patient was that the IOP change decreased the gap between the sides of each RK incision, what caused the increase on corneal power.

This patient was followed for 6 months and presented stable results, including the IOP. After this period, another surface ablation was performed to improve distance vision.

The take home lesson in this case is, at least in corneal procedures with large number of incisions, significant changes on IOP may be taken into consideration when calculating IOLs.